Should you pull weeds before tilling? Pulling weeds can be a relatively easy task depending on your climate, time of year, and method. The less weeding you need to do, the better! Weed seeds spread like wildfire, and it’s no fun trying to battle such a tenacious foe. However, you can drastically reduce weed populations by implementing some simple techniques before tilling up your garden beds.

When you’re organizing a garden space, weeds can be your worst enemy. The good news is that there are many different ways to get rid of them, and many gardeners consider weed pulling one of the best methods for uprooting pesky plants. Before removing, there are some things you should know about this process.

Pulling weeds is only one part of an effective weed control strategy. Once you’ve pulled roots and all from the soil, it’s important to add mulch to help prevent future growth. Otherwise, vines and shoots will re-grow through your fresh tilled earth. If you don’t want to mulch afterward, we recommend using a non-selective herbicide like Roundup after tilling to be sure to get all the weeds you can.

The advantage is that pulling weeds means uprooting them, which often kills the plant or prevents the roots from producing a new shoot. This method also minimizes disturbance to soil life. Weed pulling can also free up garden space more quickly by eliminating plants that could spread out in your garden. The disadvantage is that it takes time to pull each weed, especially if they have deep taproots or are covered with lots of dirt. Pulling weeds does not immediately solve the problem since weeds will grow back unless you add mulch or apply a post-emergent herbicide. It’s important to consider how much time this process would take and compare it with the time you would save by not doing it. Also, some weeds can break off at the top of the soil, leaving roots that will regenerate later.

Growers who do not want to use tillage after harvest may have a weed problem.

When growers plant crops into untilled soil containing large weeds, significant yield reductions can occur from light weed competition the first year and then from a much greater number of perennial weed seedlings if the weeds are not pulled or controlled with herbicide in subsequent years.

Growers who plan on planting into late-maturing soybean stubble or corn stalks should consider pulling or chopping these residues at their optimum moisture content before planting. This material will be easier to remove when moist instead of dry because it is more pliable and less likely to break off at ground level. It also will cost less than hauling straw away if the residue can be used as a livestock feed supplement.

Wheat straw is more challenging to remove from the soil and may provide little or no benefit as a weed barrier, so leaving it on the surface can be an acceptable practice if the straw will break down rapidly enough over winter to allow planting into a friable seedbed early in spring. In addition, wheat residue decomposes faster than corn stalks, making it unnecessary for growers who want to use their equipment or lack access to chopping or pulling equipment.

Mature cereal rye also breaks down very quickly and provides excellent weed control. The major disadvantage of using either wheat straw or mature cereal rye as a fall-applied soil-residue management tool is that these materials do not tie up soil nitrogen as efficiently as legume residue.

For those planning to plant corn after wheat, two options are available:

When considering fall-applied winter annuals for weed control, growers should realize that one application cannot be expected to provide optimum power for an entire growing season because residue from these crops breaks down so quickly during cool weather periods. In addition, seeding rates used for cover crops are much higher than those used for cash crops, creating a thick layer of residue that can be difficult to work into the soil. Furthermore, suppose growers plan on planting early in spring. In that case, a significant amount of winter annual weed seedlings may already have emerged before their cover crop residues break down and tie up soil nitrogen. 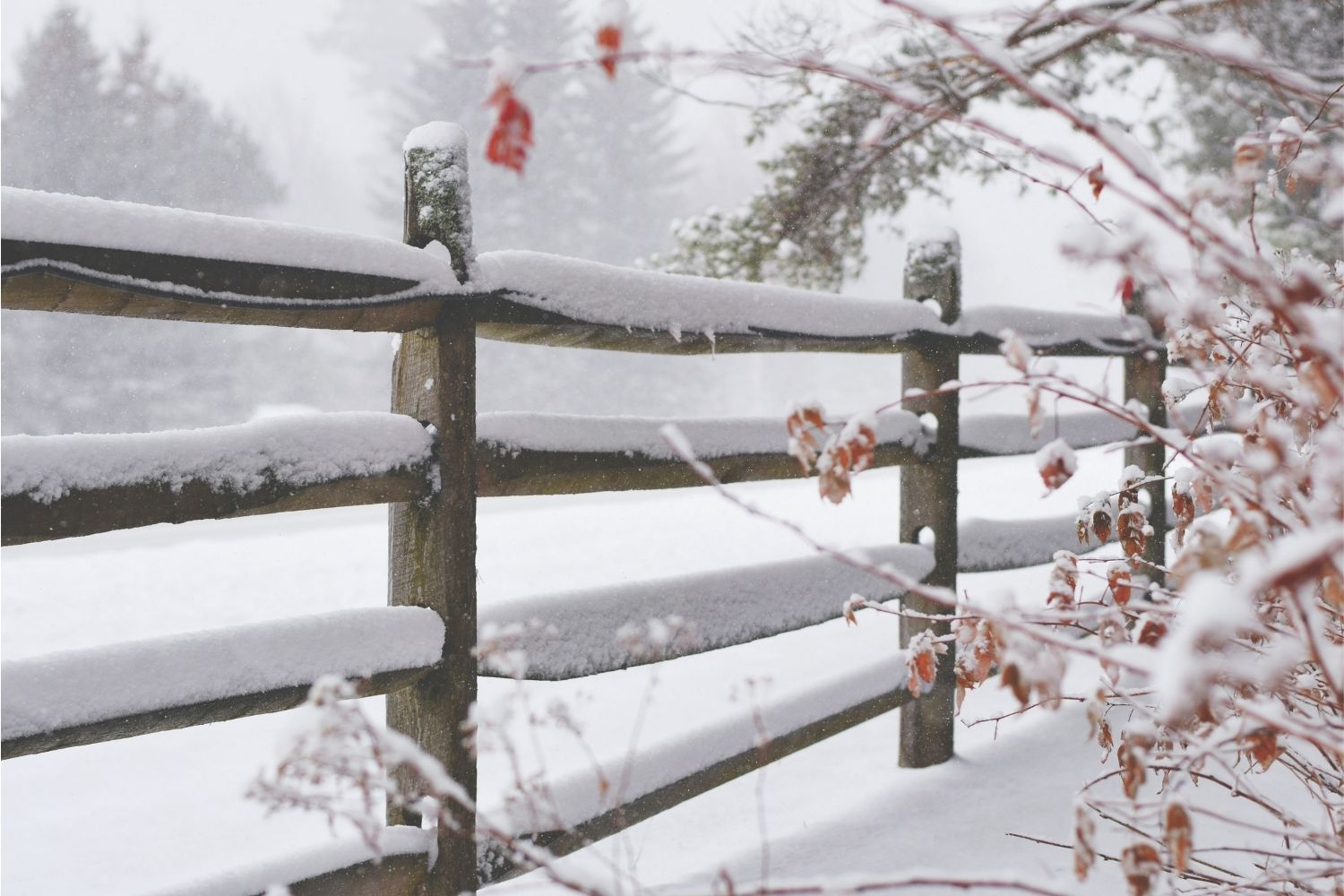 Fence Posts vs Winter: Will the cold weather hurt your fence posts?